How a Co-Investor Actually Gets Into a Deal

Our recent exit of portfolio company Upstart is a success story for the firm and an excellent example of Alumni Ventures’ investing model in action.

Alumni Ventures is one of the most active VC firms in the United States (PitchBook 2020 Global League Tables).

Our network-powered approach adds value to entrepreneurs, and we are often the most sought-after co-investor by other established venture firms.

Our recent exit of portfolio company Upstart is a success story for the firm and an excellent example of AV’s investing model in action. This one investment returned all of our 2017 vintage annual funds for Blue Ivy (our fund for the Yale community) and Green D (our fund for the Dartmouth community). Upstart was also one of our first Syndications. We first invested in the company in 2017 at $3.61 per share, and sold our stock for a 31x investment return (gross of fees) in June 2021 after a standard 180-day lockup period. While we are excited by the performance of this investment, venture is high risk and many investments do not work as expected.¹

The purpose of this blog is to give you a sense of how we got into that deal and what network-powered VC means, as well as some of the challenges great VC investors overcome to get into competitive venture rounds.

For great companies, venture capital is a seller’s market

Being a successful co-investor is not for the faint of heart. If you think top venture deals fall into our laps as we play golf with our classmates, well….

Accessing truly great venture deals is considerably less glamorous and requires the same character traits we seek in founders: hustle, grit, and creativity. Our investment in Upstart in 2017 was sparked because our newly launched fund for the Yale community, Blue Ivy Ventures, put Upstart on its “wish list.” In other words, it was an aspirational example of the types of deals we wanted to be doing in Blue Ivy Fund 1.

Aspiration became opportunity. In late 2016/early 2017, Upstart was raising a round. Of note, this company already had on the cap table the likes of Kleiner Perkins, NEA, Khosla, First Round, Google Ventures, Mark Cuban, Eric Schmidt, Marc Benioff, and others.

This was the type of deal we were hoping to be doing a few years from now, after we had deployed a fund or two. But David Shapiro, our Managing Partner for Blue Ivy Ventures, pulled out his rolodex and began climbing the mountain. 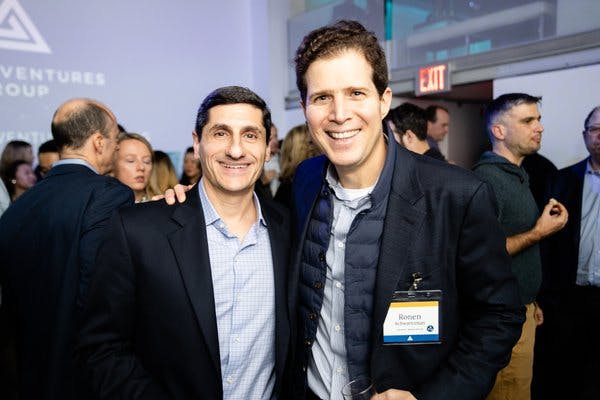 Here’s where our network-powered approach to VC paid off. With a number of our funds designed for alumni and friends, we routinely leverage alumni connections when sourcing, connecting, and vetting deals. Paul Gu, one the Co-Founders at Upstart, was a Yale alum like David. And one of the members of our Fellow Program knew Paul and was able to make an introduction.

Fast forward through several emails and phone calls to January 2017, when David invited Paul to lunch with four potential investors. (We were still raising capital at the time for Blue Ivy.) David arranged to do a “live demo” to the investors on how he pitches an entrepreneur on AV’s value add by pitching Paul. It worked for the investors (see the P.S. below)…and for the entrepreneur. At the end of lunch, Paul said they were closing a round: Would Blue Ivy like to participate?

Our team moves quickly, often selling while evaluating in order to quickly turn around a decision when a founder is closing a round. In the case of Upstart, we approached, pitched, closed, and funded in less than two months.

It all sounds casual and coincidental. It wasn’t. David knew it would take some creativity to get Upstart’s attention. At the lunch, Paul was able to directly hear and see the value of our network. By meeting our investors, Paul experienced what “network-powered VC” meant when David spoke about our community value during the pitch.

David also didn’t stop at the invitation. While selling our way into the round, we also ran our full diligence process, confirming the company was a “bull’s-eye” opportunity for our model. Again, alumni connections paid off. A key early investor was a Dartmouth alum, who was able to give David a ringing endorsement of the company and its prospects. The company also offered a fantastic set of prior investors, robust market traction and YoY revenue growth, healthy operating margins and profitability potential, strong customer engagement, and a seasoned management team of ex-Googlers. 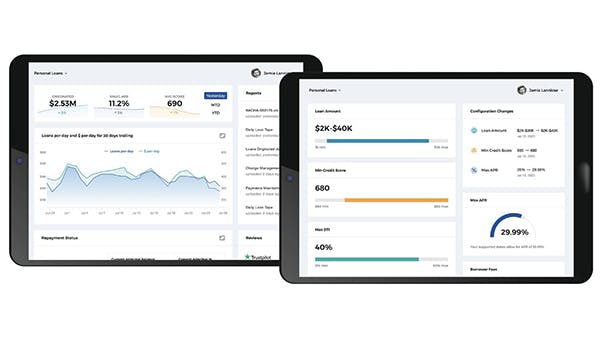 As in all financial markets, access to venture opportunities ebb and flow. But we expect that accessing great opportunities will always be a seller’s market. So, we play to our strengths. Our network powers our value-add to entrepreneurs. When our team demonstrates the remarkable connections we can make within our community, offering more than money to the startups we invest in, closed doors open.

Being fast and frictionless helps too. Our team moves quickly, often selling while evaluating in order to quickly turn around a decision when a founder is closing a round. In the case of Upstart, we approached, pitched, closed, and funded in less than two months. And that included a bespoke Syndication.

While not every opportunity we fight to get into ends up as a home run, it did in the case of Upstart. We also like our customers’ chances for success by building a large and diversified venture portfolio of such investments.

This work wasn’t glamorous. But most things worthwhile take time, hard work, creativity, and persistence. Venture capital is no different.

P.S. Two of the community members from that lunch invested, including one who has joined every Blue Ivy fund since and serves as an active member of the Investment Committee.

Mike is the CEO and Founder of Alumni Ventures. He has been involved in almost every facet of venturing, from angel investing to venture capital, new business and product launches, and innovation consulting. He began his career at VC firm TA Associates. He holds a BE from Dartmouth and an MBA from Harvard Business School.

Mike is the CEO and Founder of Alumni Ventures. He has been involved in almost every facet of venturing, from angel investing to venture capital, new business and product launches, and innovation consulting. He began his career at VC firm TA Associates. He holds a BE from Dartmouth and an MBA from Harvard Business School.